With a family music legacy that stretches back generations into the famed Ballad traditions of the North East of Scotland, Frieda draws her style and influence from the land that provides the words for many of her own songs. The rich tapestry of musical melodies and warm lyrical stories combine to produce a singer that can sing to touch the heart.

In 2009, Frieda launched her highly acclaimed album ‘TROUBLED FIELDS’ which was produced by Dougie Maclean. Since then she has gone on to record two more solo albums, ‘FLYING BY THE SUN’ and a compilation album, ‘MORVEN’.

Frieda was appointed ‘Artist in Residence’ at the School of Celtic and Scottish Studies – Edinburgh University 2012/2013 – singing songs from the deep well of the North East tradition to audiences throughout Scotland.  But with her haunting melodies and carefully crafted words, it is mainly as a singer/songwriter that Frieda is renowned in the world of music.

Frieda Morrison is one of Scotland’s best-known broadcasters who is renowned for her insight into the working world of the countryside – its people the culture and the environment.

She began her broadcasting career with the BBC Education Department in Edinburgh writing and producing pre-school children’s programs. After two years working with writers, actors and poets, she joined the BBC countryside unit in Aberdeen where she produced and presented the Farming programme on BBC Radio Scotland for five years – reporting on topics as diverse as Chernobyl and the Nicaraguan Land Revolution. From farming, Frieda turned her attention to the wider issues affecting the countryside including access and the environment. She produced and presented BBC Radio Scotland’s outdoor/environment programme OUT OF DOORS for ten years.  She has gained recognition and numerous awards for her features and documentaries on both Radio and Television – including a nomination for a ‘Green Bafta’ and a New York Radio Award.

Her television documentary programme on the changing face of farming and the culture in the North East of Scotland TROUBLED FIELDS  earned her the reputation as one of the country’s leading documentary makers. The music for the programme was based on Frieda’s album of the same name. The Radio documentary on the same theme for BBC Radio Scotland was called A SENSE OF TIME and was hailed as one of the most significant documentaries to come out of Scotland.

Frieda now presents and produces the popular  ‘Scots Radio’ – an online magazine programme, that celebrates the Scots language – ‘fae Shetland in the north tae the borders – an athin in atween’. The programme has been nominated three times in the last three years for an excellence award at the Celtic Media Festival.

Videos from the Kirk Concert in Ballater and the Tradfest Concert at the Netherbow Theatre in Edinburgh. 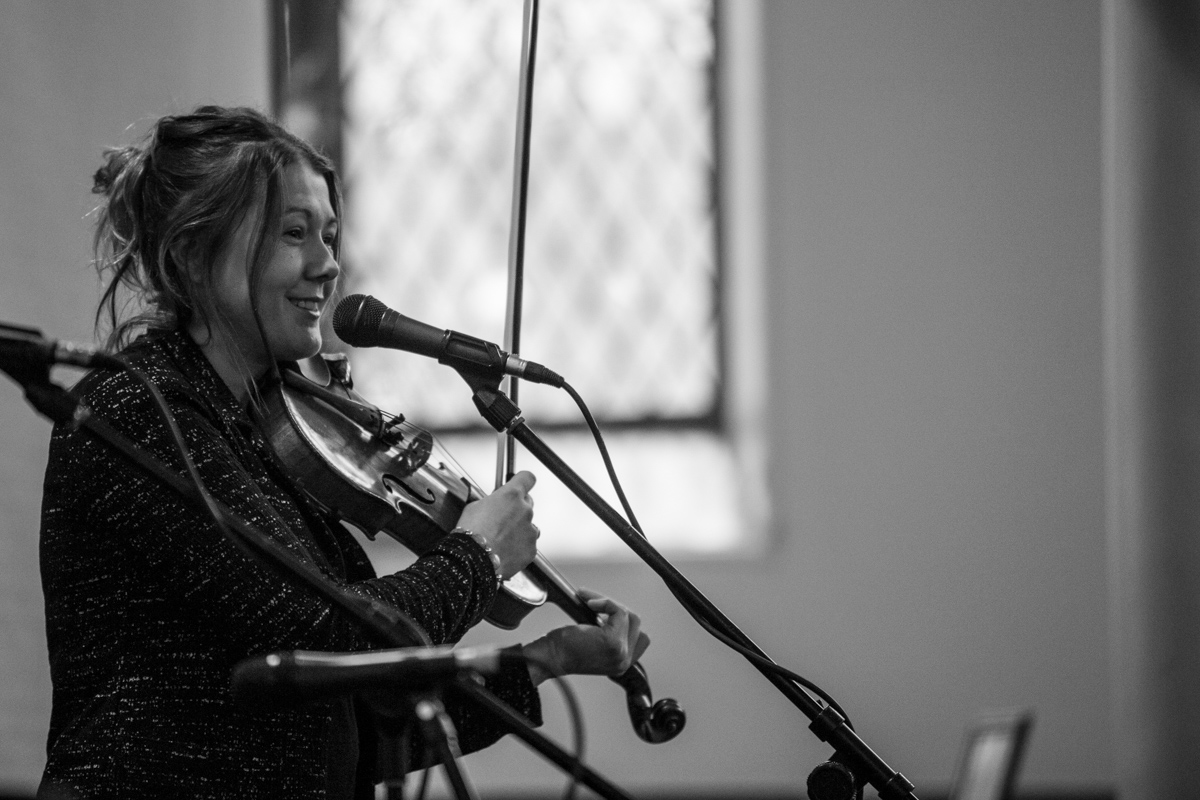 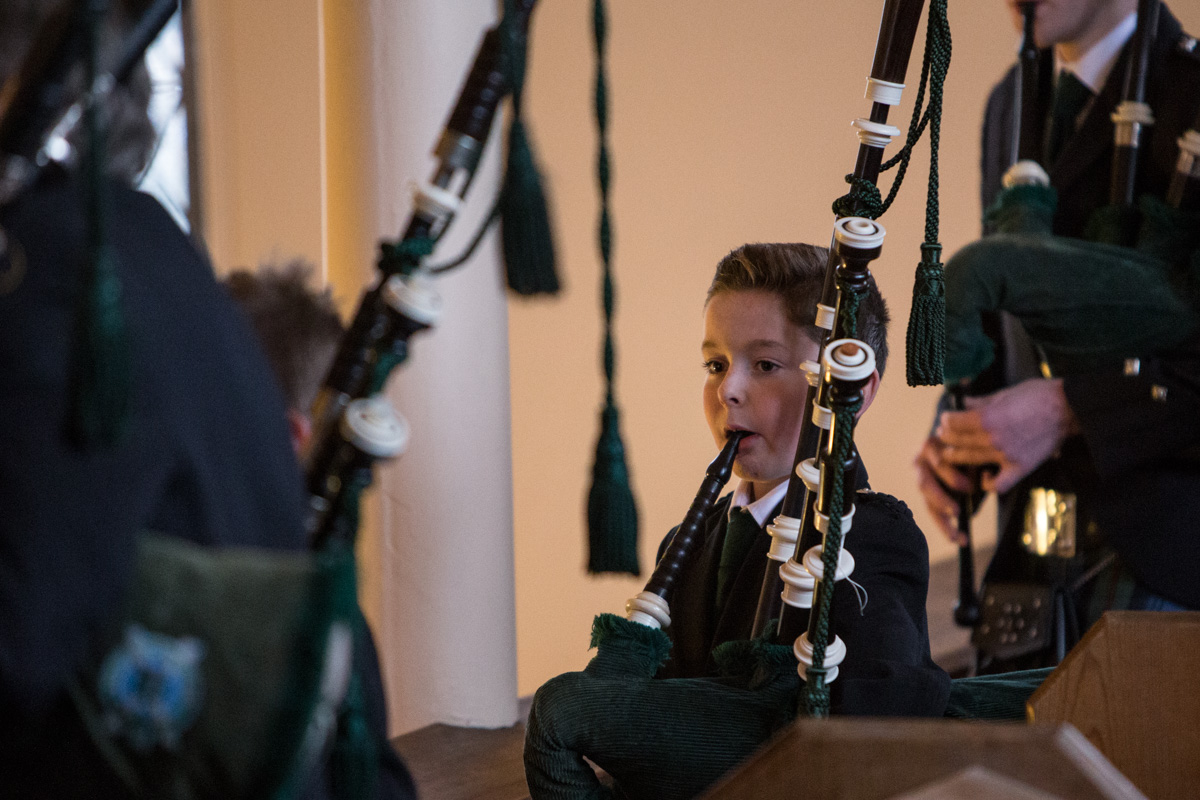 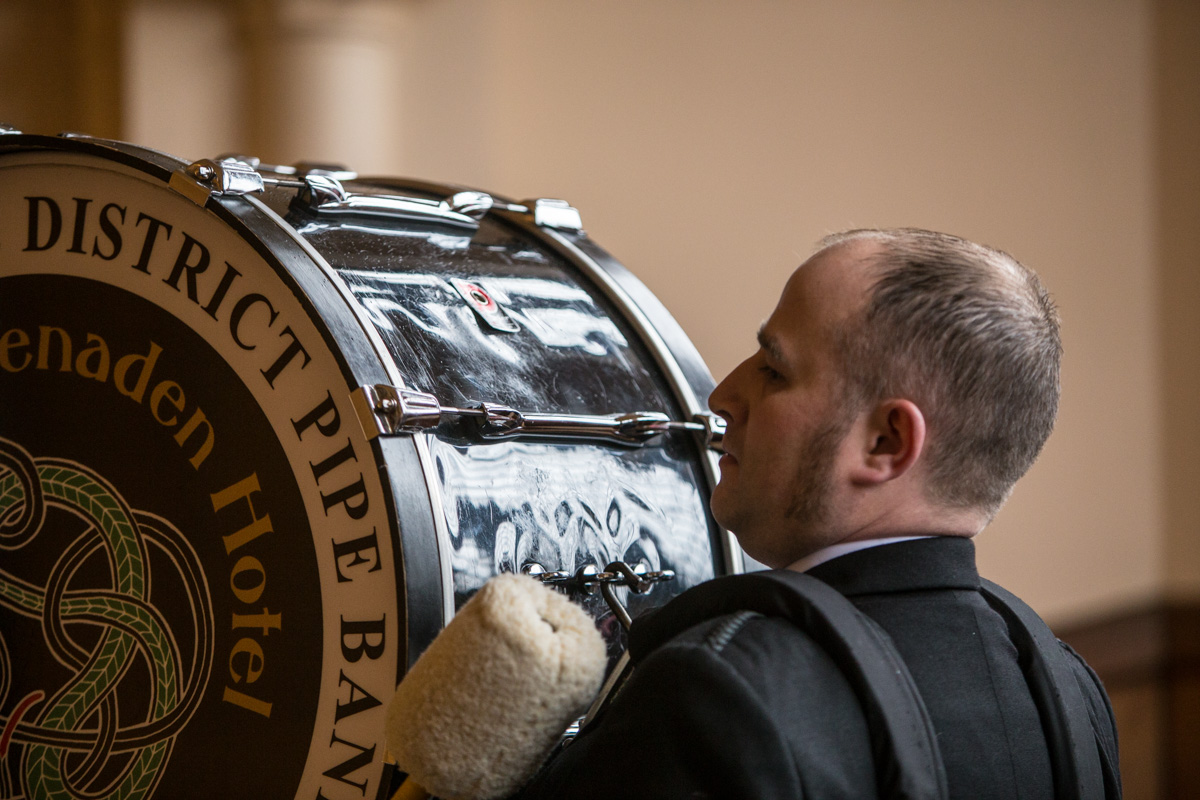 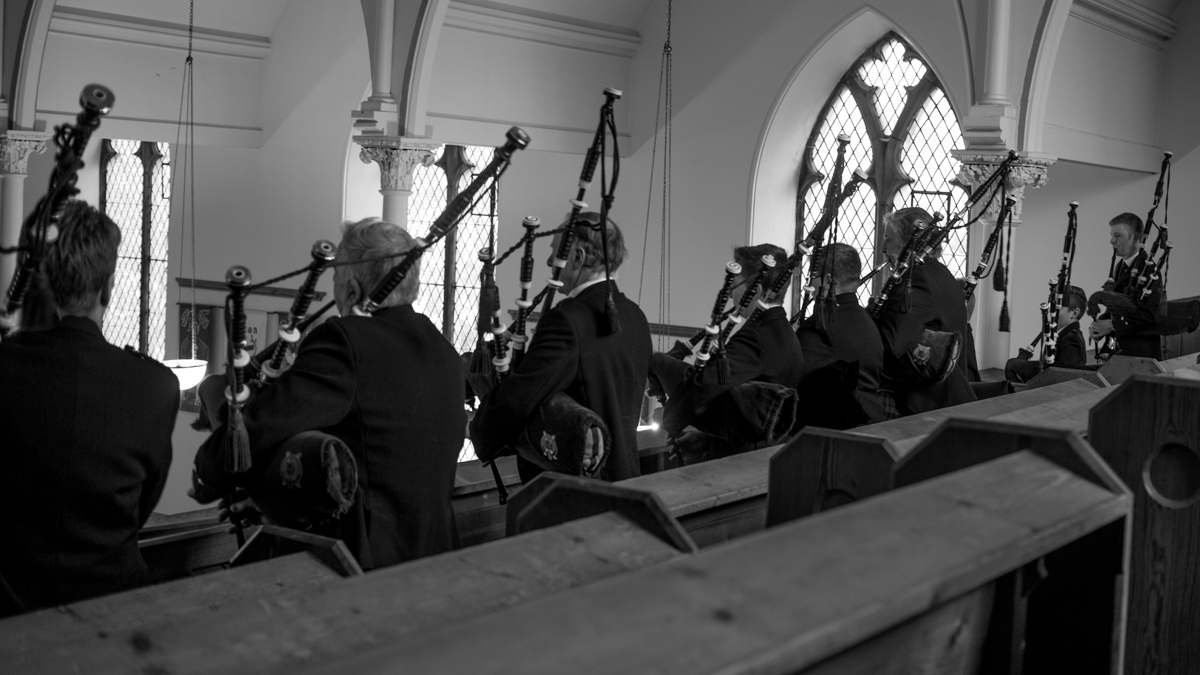 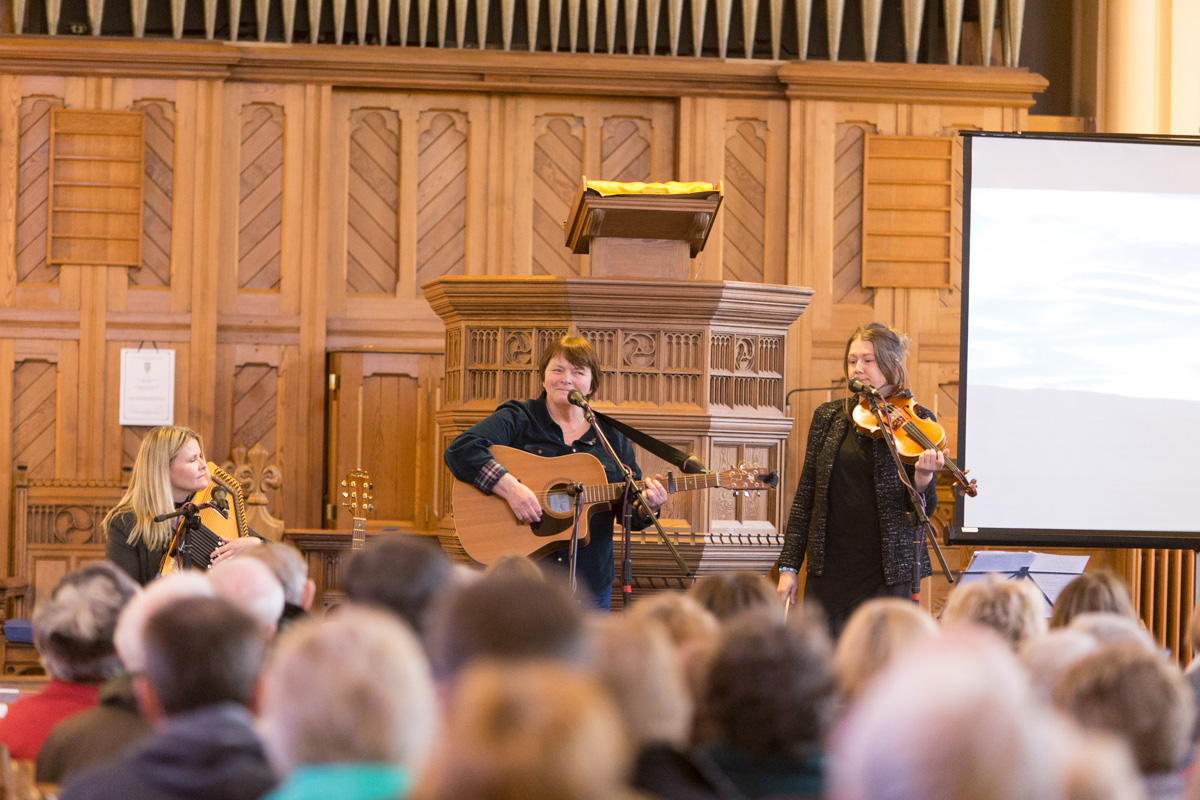 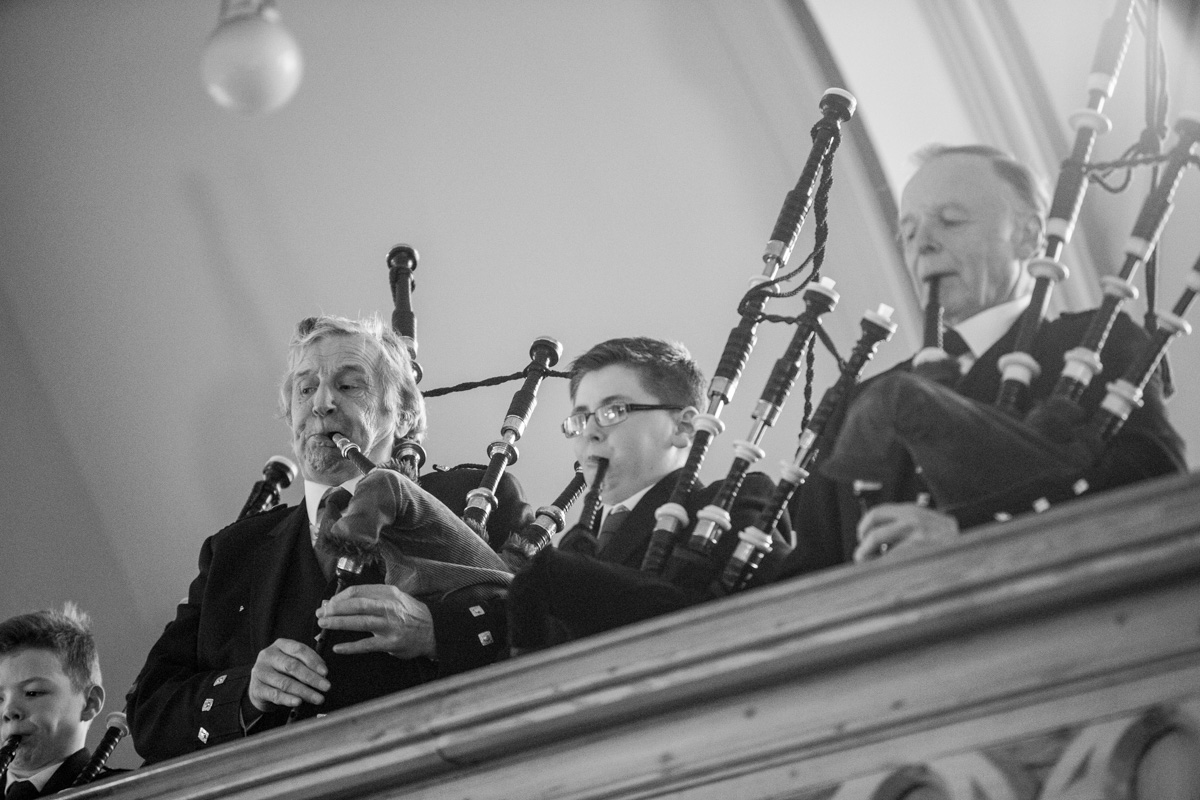 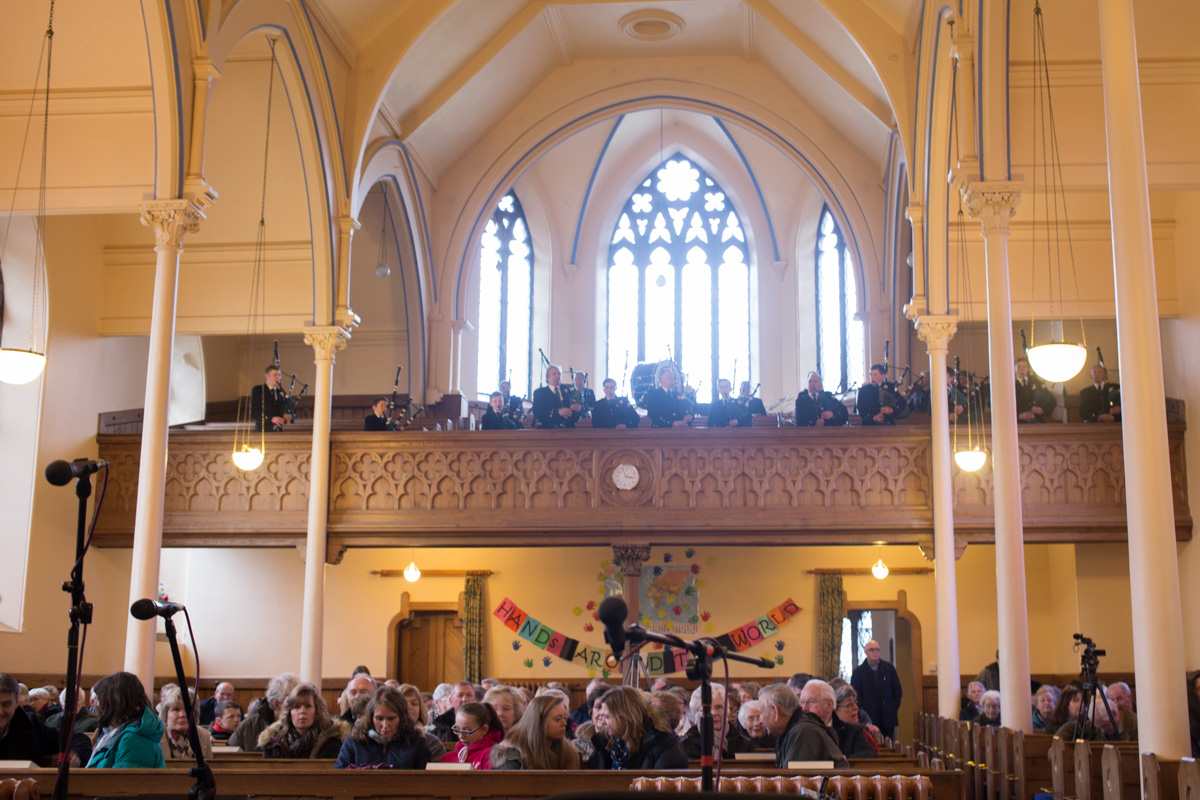 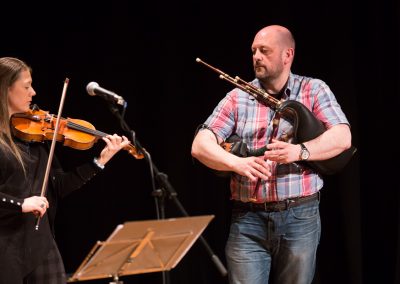 Click here to view ‘Path With The Heart – recorded live at the Kirk Concert Ballater’.